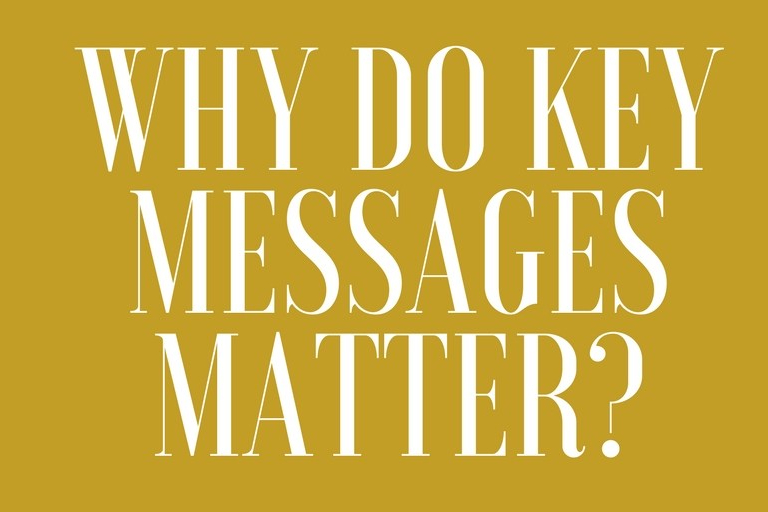 If you saw Mike Coupe, Chief Executive at Sainsbury’s, on this morning’s news, you’ll have been impressed by his confidence and decorum as he told the nation about his company’s merger with Asda.

“The great thing for our customers is,” he said, “we’ll be able to push prices down by ten per cent”.

He followed this up quickly with “Our customers and our colleagues are important to us. This merger will benefit them both”.

Then “We won’t be closing any stores or cutting any jobs”.

Coupe has an impressive record of retail industry experience, which includes marketing, digital and online. He knew he needed those key messages to be top of his list when talking on mainstream news.

The news release issued by Sainsbury’s this morning focuses on more business-oriented key messages but still pushes the ‘bringing benefits to our customers’ line.

The news byline is ‘creating a dynamic new player in UK retail’, and they’ve created a simple infographic highlighting some key points – that shopping habits are changing fast and that their brand family is trusted, along with the important ‘great deal for everyone’ section. 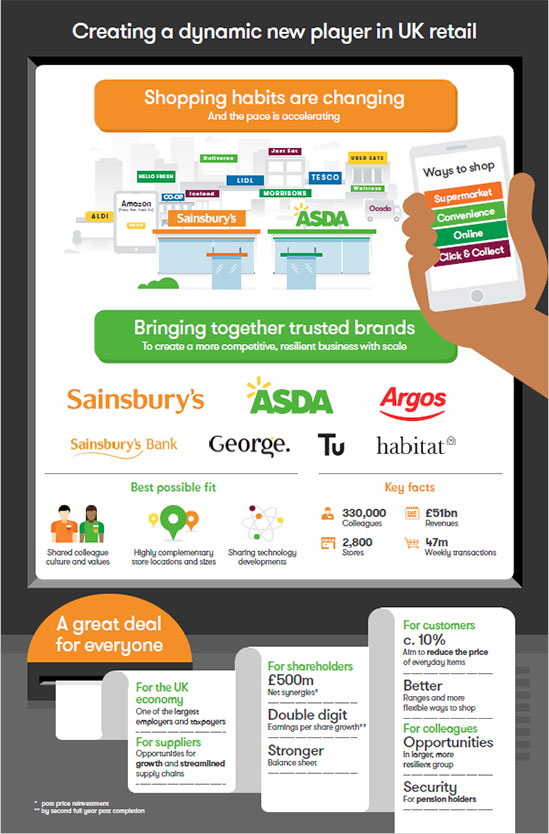 Going back to what Coupe said in this morning’s news, he made sure he pre-empted the questions the journalists might ask. He knew, or his trusted comms person made sure he knew, that the interviewer would pick up on negative sides to this story. They’ve spent time planning the interview and it’s likely that Coupe had a single-page prompt sheet with a handful of simple key messages at the top, some secondary messages and some answers to the tough questions that might be asked. He probably read that sheet several times before bed last night and again on the way to work this morning. That’s why he was able to maintain his unfaltering TV persona and answer each question with ease.

So what can we learn from this?

It would be good to know why the companies have chosen Coupe as their spokesperson rather than Asda’s Chief Executive and whether this decision is related to the future management structure of the combined businesses. It would also be interesting to see the employee engagement plan for both companies, to look in-depth at how they’re managing this news with their 330,000 employees. Look out for future blog posts about these two issues.